Many people wish they could get something back from their childhood that holds special memories. For Vic Bunn, the chance to recapture a part of his childhood came in the form of a Farmall tractor that his dad bought the year he was born. The tractor parted ways with the family for a few decades, but good luck brought it back home.

Vic grew up with the tractor, which served as his dad’s working tractor for 30 years or so. When his dad passed away, Vic’s mom gave the tractor to a family friend, a skilled mechanic who kept it in perfect working condition for another 30 years. After so much time, you could assume the tractor was forever out of Vic’s life. As the friend reached his senior years, his daughter suggested her dad get rid of some stuff, including the old tractor. Instead of listing the tractor on eBay as the daughter suggested, the man called Vic and told him to come and get the tractor.

Vic didn’t have to think about it for a split second. He instantly knew he had to reclaim his family’s tractor, even though it was going to be a bit of a road trip. Actually, more than a bit of a road trip. Vic was now in Washington state and the tractor was in New York state. Vic, his wife and the family dog were soon on the road headed to New York in their motorhome. He didn’t yet have a trailer, so he picked one up in South Dakota. His boyhood tractor was coming full circle back home.

Once he had it back, he went to work to restore it. Vic stripped everything off down to the block and housing. He sandblasted, primed and painted the tractor Farmall red. After a 30-year absence, the tractor that joined the family in the year that Vic was born was back where it should be. The tractor was a hit with the locals as he hitched up a 9-foot, one-horse wagon to give kids a ride in the local 4th of July parade. You can just imagine satisfaction Vic felt as he drove down the street of the hometown parade. 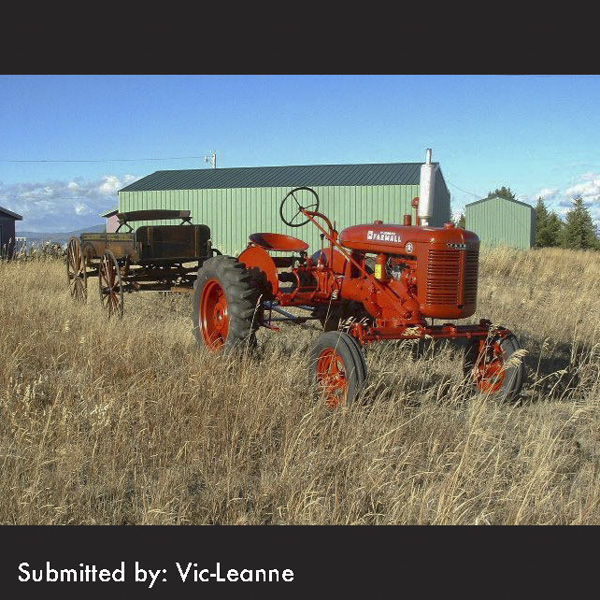